Raise A Glass To This Collaboration Between Chef Josh Niland And G.H. Mumm - En Route
Skip to content

Raise a glass to summer and Australian seafood Chef and restaurateur Josh Niland and G.H. Mumm who have teamed up to bring us a campaign around celebrations and bold beginnings.

To celebrate the occasion Josh has created an exclusive dish to pair with your G.H Mumm champagne whilst dining at Saint Peter in Paddington. ‘The Raw Yellow Fin Tuna, Tapioca & Finger Lime’  features tuna that has been aged for 14 days and served raw; a technique that not only improves the texture but intensifies the flavour of the fish.

“The aged yellowfin tuna is more savoury in flavour which is perfectly complemented by the Pinot Noir grape in Mumm Grand Cordon,” explains Josh.

Mumm Champagne who is known for their pioneering spirit, has partnered with Josh explaining he is “Arguably the boldest Chef’s in Australia right now, who truly embodies the spirit of Mumm,” says Eric Thomson, Global Marketing Director of Pernod Ricard.

He recognised for his boundary-pushing approach to seafood and commitment to combatting issues of food waste and his avant-garde style is expressed in each of his unique dishes.

You’ll find the one-off dish available on the menu at Saint Peter until 31st of January. 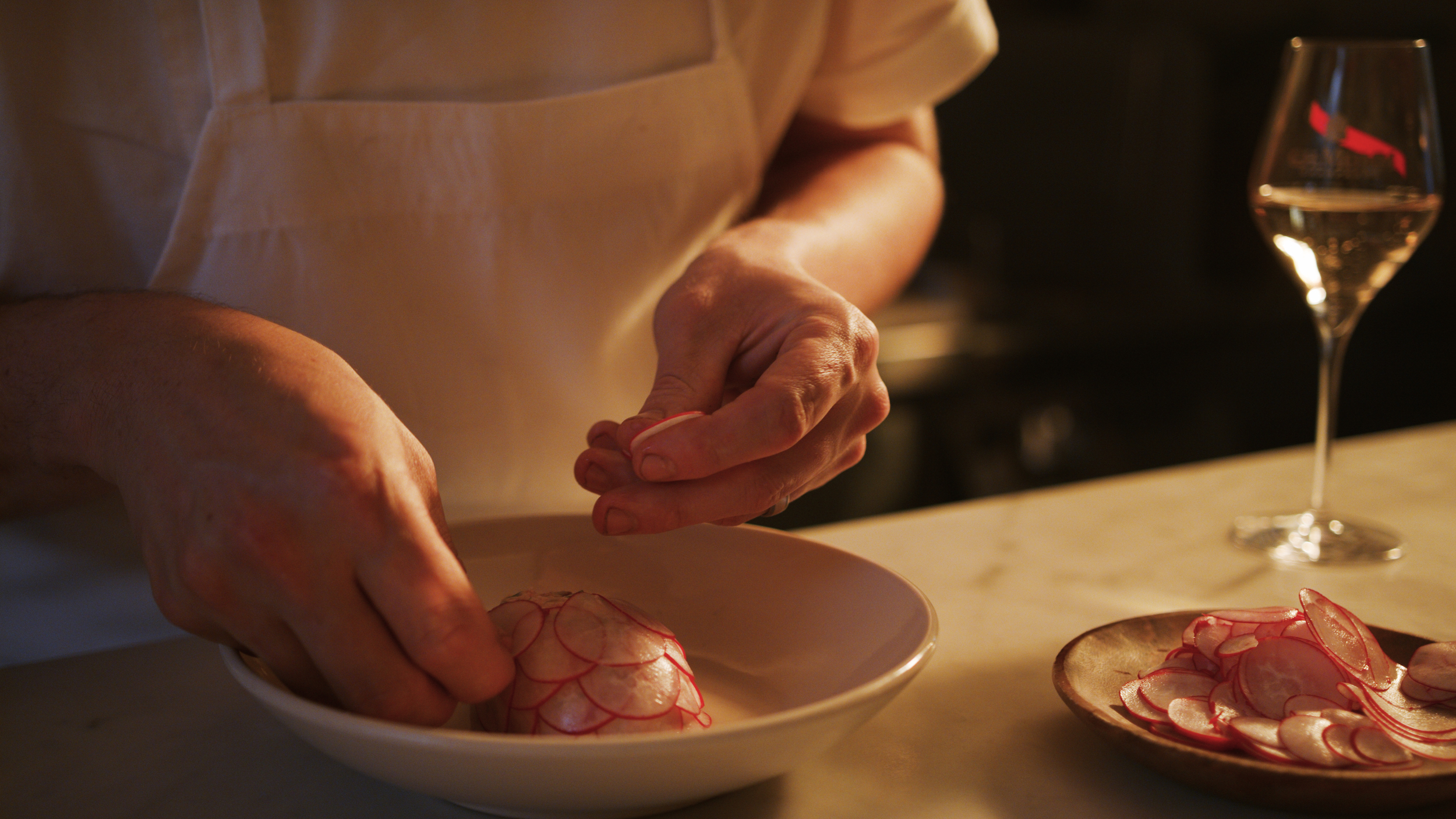 For those celebrating at home this year, Josh has also put together a festive recipe that can be enjoyed with family and friends while entertaining at home.

It’s an unconventional take on a traditional Christmas dish, Josh says “The fattiness of the ocean trout delivers a full flavour and the acidity of the Champagne balances this in a perfect pairing. It is also a beautiful dish for entertaining guest – popping a bottle of Mumm alongside it will be a lovely way to kick off any festive get-together.”